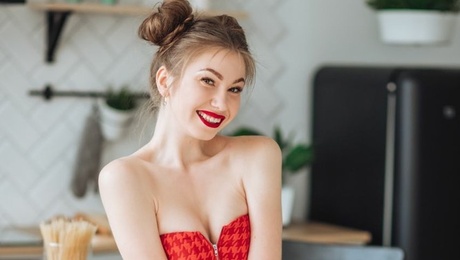 On May 1 during annual F8 developers conference Facebook CEO Mark Zuckerberg announced Facebook finally getting into the dating game. Its appearance on the dating scene is not so unexpected and is explained by the fact that dating was always a natural fit for Facebook thanks to its ubiquity, data and trusted platform for identity. According to the last year's Forbes article one of three US marriages now start online. A fact that about 200 million of the social media site users are listed as single ensures Facebook's actual monopoly in online interactions which include also relationship-focused contacts. The new service is already being compared to the most popular dating apps, such as Tinder and Bumble, but according to Zuckerberg Facebook Dating feature is more intended for building meaningful longterm relationships and not just hookups and it will mirror the way people meet in real life. This is an indisputable giant's step in social media that is going to rattle everything certain in online dating all over the world.

For now, the name of the new Facebook dating service is yet to be announced, but it was already confirmed that the app is currently being tested on iOS and Android. The details of how Facebook dating is going to work are still mostly unknown but some main principles have been already revealed.

One of the main questions that worries the numerous Facebook users is the actual connection between the dating and main Facebook profile. It is already known that the dating feature will be a part of the main Facebook app and its profile will include only the user's first name — which makes it look similar to Tinder — but those profiles will stay separate and unavailable for looking by the potential dating partners. For added privacy the dating profile also won't be visible to friends and family in the existing Facebook account and won't appear in News Feed. It will be shown only for other users of the dating service.

It is still not fully clear how the matching process will work. Facebook's recommendations will be based on your interests and location but in addition the dating app users will be able to browse the events and check out the profiles of other singles who also attend those events. Potential matches may be found by “unlocking” groups and events on the main Facebook account, and a person will be able to connect other app users who have unlocked those same groups or events but the program will exclude your own friends from this list. This way the daters will be able to look for their match based on their common interests and chat with them in private.

Messages in the app is a separate instrument and is not WhatsApp or Facebook Messenger. In order to hinder unwanted content (photos, videos, spam, links) the dating app will offer a simple text-only messaging service. If both parties agree to swap their numbers or usernames, they won't be able to communicate outside the app. Either person can initiate the conversation but will be allowed to send only one until the reply is sent. If the first message is not replied, no more messages can be sent.

One of the best news for potential dating app users is the price of the service, more specifically a lack of it. Yes, according to the spokesman, the feature is going to be free and no ads will be also run alongside daters' profiles, the profile's data won't be used for targeting the adds on other Facebook properties as well.

Obviously, the new dating feature has not been launched yet but it was already revealed that the testing is planned to start in the coming months. The test results will determine the exact time frame for mass introduction of the new service later this year.

One of the main concerns for those who are deeply involved into online dating are personal information protection and confidentiality in the app. While your dating profile may include only your first name, the other information from this very profile (city you live it, place of work, groups and events you are a member of) and knowledge of the service's pairing mechanism being partially based on your mutual friends - it will provide enough tidbits for persistent stalker to track down your main Facebook profile or your personal website.

One more unclear thing is the algorithm by which the matchmaking itself will work and what are the basic criteria of forming matches. Will it allow you to pick out unwanted profiles or will only provide with a list of all the members of the group with the unlocked dating profiles. What if the creeps simply join all the groups and use them to collect the dates?

Sure, virtual reality has the same issues and dangers people face in their real life. But unlikely to already existing dating services being currently in leverage to social media, Facebook may increase user's exposure risk because of its global reach and an undetermined barrier between Facebook social network and its dating feature.

The new Facebook dating feature is expected to be a revolution breakthrough in the online dating and all the businesses related to it. Yet, until there are real people to use it, nothing can be said for sure. Easiness and availability in online dating, formalizing of the whole process may have a double bottom and some negative sides, still unknown to all of us.

How this service is going to affect popular online dating web-sites and applications? Some opinions state that it is going to be a serious opponent and the dating web-sites may loose their customers. Some people will surely give it a try but knows how it will work. Big marriage companies and paid web-sites have some significant advantages which the new Facebook feature will never overcome. First of all they are fully focused on a number of services which are specially designed to make your online dating experience both comfortable and safe. For example, UaDreams agency follows special Anti-Scam policy in order to ensure personal and contact information to be confidential before the real life meeting, also all the correspondence is constantly monitored in order to prevent creeps, perverts, pro-daters and scammers infiltrate the ranks of people who are in a serious search of their lifelong second half. International dating has its peculiarities, and while in communication online it does not really matter if your are located in the neighboring rooms or on different continents, when it comes to pursuing real life relationships, some extra assistance may be required related to the process of the physical meeting arrangements. So the agency takes such a responsibility to assist people to bring their virtual relationships into reality, which means that the ultimate goal to create an international family has all the chances to be achieved by many of those who is brave and persistent enough to travel abroad and meet his future fiancée.

Are you dreaming of finding your soul mate among single Ukrainian and Russian ladies but you are at loss how to start? Do not worry, just find her profile in the gallery and say “Hi!” in a mail or chat.

Are you looking for a Christian Russian woman?

Christians from all over the world look for their soulmates on UaDreams.com. Start your Christian Russian dating now

How to order travel tickets, your meeting at the airport, dictances between our branches... Know more


Tips for dating with women