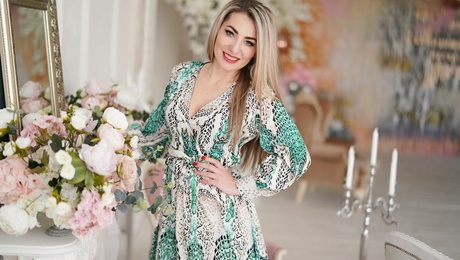 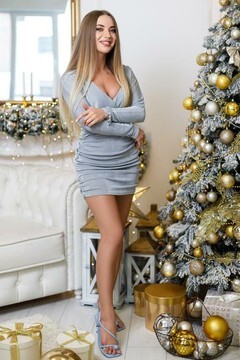 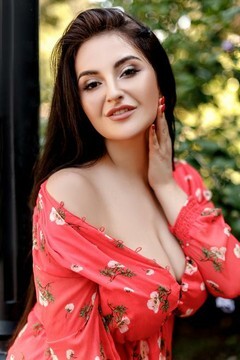 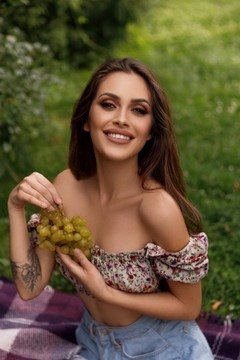 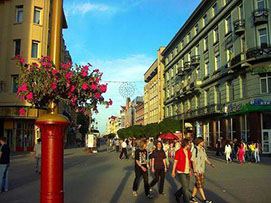 There are a lot of magic corners in the world and, without a doubt, one of them is the Carpathians. It is a pearl in the treasure trove of Mother Nature. On visiting our Ivano-Frankovsk region you will be convinced of this – it is a land with unique history and culture and interesting people.

Different ethnic groups, such as Hutsuls, Boikas, Pokutians live in the region. Each one of them has particular language and music features, architecture, and ritualism. 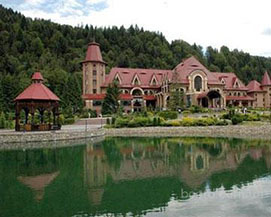 Mount Hoverla, higher than any other mountain in Ukraine, proudly lifts up its peak. The Prut River waterfalls shine on the slopes of the mountain like a necklace. You will have inexhaustible opportunities to travel in the mountains, raft down the fast waters of the Prut River and Cheremosh River or ski down the snow-white sparkling slopes.

The cleanest spring streams, old fir forests and blooming alp pastures, resorts and mineral waters with curative qualities of the well-known "Narzan" and "Naftusia" await you.

Hospitable hosts will gladly welcome everyone who wants to rest, regain his health, or get a better understanding of this unknown land.

Welcome to the oasis of health - the Precarpathian Region!

Ivano-Frankovsk is the regional center and one of the largest economic and cultural centers in the west of Ukraine.

The city, named Stanislaviv, was erected as a fortress to protect the Polish-Lithuanian Commonwealth from Tatar invasions. Many times the fortress was besieged by Turkish and Russian troops.

In 1772, after the Partitions of Poland it became a part of the Austro-Hungarian Empire.

During the World War in 1915-1916 there were cruel battles over the city. Part of historic buildings was destroyed and then restored in new architectural forms.

In October 1918, the Austro-Hungarian Empire collapsed, and the Western Ukrainian People's Republic (ZUNR) was proclaimed.

From January to May 1919 the city was the capital of the West Ukrainian National Republic.

In 1962 the city celebrated its 300-anniversary. It was renamed to Ivano-Frankovsk after a famous Ukrainian writer and public figure Ivan Franko who had come here more than once, made good friends, wrote and recited his works. After the fall of the Soviet union in August 1991, Ukraine gained its independence. And the city became a strong center of the Ukrainian independence movement.

Now Ivano-Frankovsk is a large center of mechanical engineering, wood-processing, chemical and light industry. It is also one of the most important cultural centers of Ukaine.

In October 1918, the Austro-Hungarian Empire collapsed, and the Western Ukrainian People's Republic (ZUNR) was proclaimed.

From January to May 1919 the city was the capital of the West Ukrainian National Republic. The same year it was a subject of Polish - Ukrainian skirmishes, and it eventually was annexed by Poland as part of the Second Polish Republic as the capital of the Stanislaviv Voivodship. It was occupied by the Romanian army between May 25 and August 21, 1919.

From 1944, it became part of the Soviet union. The Soviets forced most of the Polish population to leave the city, most of them settled in the Recovered Territories.

In 1962 the city celebrated its 300-anniversary. It was renamed to Ivano-Frankovsk after a famous Ukrainian writer and public figure Ivan Franko who had come here more than once, made good friends, wrote and recited his works.

After the fall of the Soviet union in August 1991, Ukraine gained its independence. And the city became a strong center of the Ukrainian independence movement.

Now Ivano-Frankovsk is a large center of mechanical engineering, wood-processing, chemical and light industry. It is also one of the most important cultural centers of Ukaine.

Stanyslaviv was originated from the Market square and City Hall, which can be seen today having been modified. The Reneissanse architectural ideas of "the ideal city" were reflected in the construction that followed. These ideas were used for planning a middle part of the city, its streets and churches. Because of the originality the of architecture sometimes our city is called "small Lviv".

In 18-19 centuries the city was a big trading and manufacturing center of Poland and from 1772 – of Austria (since 1867 – of Austro-Hungarian Empire). Except Ukrainians, a certain contribution in development of crafts and culture was made by Polish, Jews and Armenians whose national communities were quite numerous.

The second half of the 19th century is marked by fast development of industrial relations and creating enterprises. The railway built in 1866 made some impact, too. At that time the locomotive repair factory, distillery, leather plant "Plai" were established. 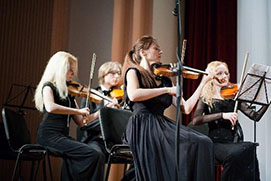 In all times Ivano-Frankovsk was also a big cultural center.

Every year in August they celebrate a City Day with concerts of folklore and art ensembles. The Christmas parade of verteps (Christmas plays) from January 1 to January 14 on the streets and squares of the city is a spectacular sight.

Also Ivano-Frankovsk is famous for its all-Ukrainian festival of art ensembles "Precarpathian Spring" (in May every year), festival of a national and patriotic song and poetry "Volia" (Freedom) (in October odd years), international festival of metal workers, festival-exhibition of national art (in September every year).

Due to Ivano-Frankovsk geographical position, there is bus and railway communication with Bulgaria, Moldova, Poland, Russia, Romania and Baltic countries.

Ivano-Frankovsk International Airport, Ukrainian (IATA: IFO, ICAO: UKLI) is an airport bordering Ivano-Frankovsk, Ukraine, some 4.4 km (2.7 mi) by road from the town center. Ivano-Frankovsk airport is an international airport with frontier and customs control since 1992. The airport traffic capacity is claimed to be 400 passengers per hour.

According to the preparation plans for Euro-2012(World Football Cup), from April 2010 Ivano-Frankovsk airport will start to accept and send international flightes of all parts of the world.

The climate of Ivano-Frankovsk is continental. Winters are mild with an average temperature in January of –5 C. Summers are warm with an average temperature in July of +18 C. In the Carpathians, the climate is more severe and it changes with the elevation. Average temperatures are lower by 3-5 degrees than in the pre-mountain zone. Such climatic conditions facilitate year-round rest and vacation, as well as treatment. Snow covers the slopes of the Carpathians up to five months of the year, which promotes the development of downhill skiing.

The Ivano-Frankovsk Region is proud of its cultural and historic inheritance. 3,5 thousand monuments of history and culture within the region are protected by the state. Such monuments as St. Pantelimon Church near Halych (12 century), Holy Spirit Church with an artistic iconostasis in Rohatyn (14 century), Maniavskyi Skyt (17 century), plus wooden Hutsul and Boiko churches are well-known outside the country. 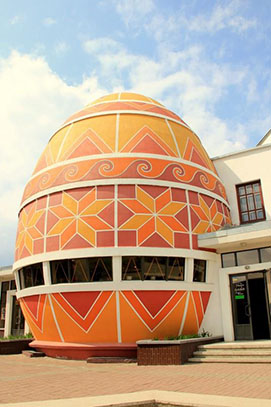 Ivano-Frankovsk Regional Ethnography and Local Lore Museum was opened in 01.05.1940 in a house on 7 Galitska Str. Here the following departments worked: history, natural, folklore and book depository. The museum of education of Prycarpattya was created in 1980 at the Ivano-Frankovsk state pedagogical institute named after Vasil Stefanyk. Hundred exhibits on the area of 200 sq.m. demonstrate the national education development in the region from times of Kyiv Rus till the present.In «Family professions Museum» there are durably restored plough and harrow, age-old spinning wheel and ceramic crockery, artistic weaving, blacksmith's instruments represented.

The regional Prycarpattya Literary Museum was opened on May, 16, 1986. The display of museum tells about development of literary process of our land from the oldest times to the present.The Ivano-Frankovsk Regional Art Museum is the treasury of fine art of land. Its collection, began in 1980, engulfs unique sights of Halych’ icon-painting and barocco sculpture, works of classics of West-Ukrainian art: Kornil Ustinovych, Ivan Troush, Yaroslav Pstrak, Julian Dan’kevych, Olexa Novakivskiy, Osyp Sorokhtey, Olena Kul’chitska; works of the Ukrainian artists of the second half of the ХХ century, and also works of Polish, Austrian, German and Italian masters of XVIII-XX centuries. 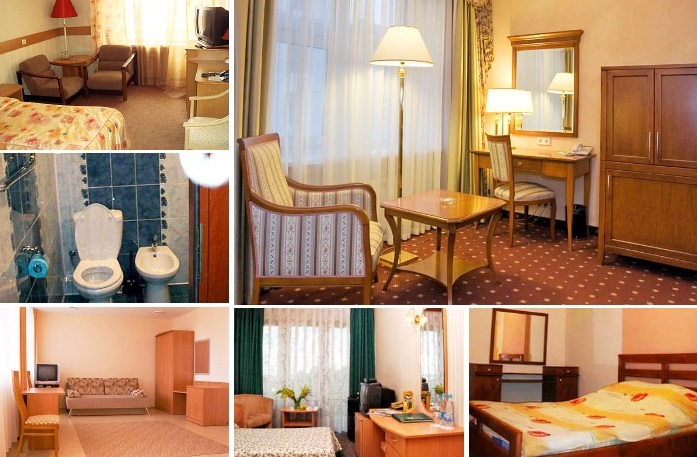 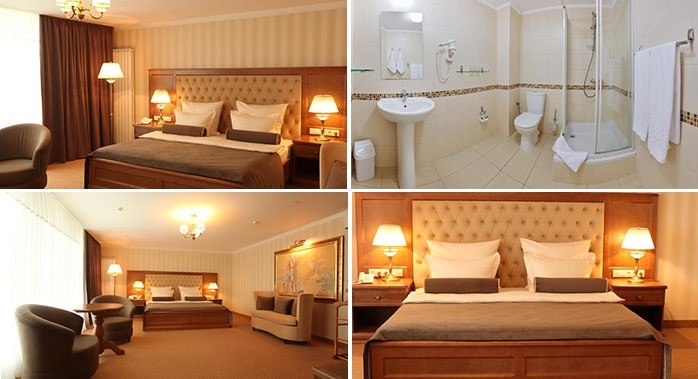 Everything about Ukrainian women looking for marriage

Why are Ukrainian ladies so special? Each of them is a bright personality. If you want to make sure, read more

What kind of men do Russian women dream of? What should you do to win her heart? Read more tips