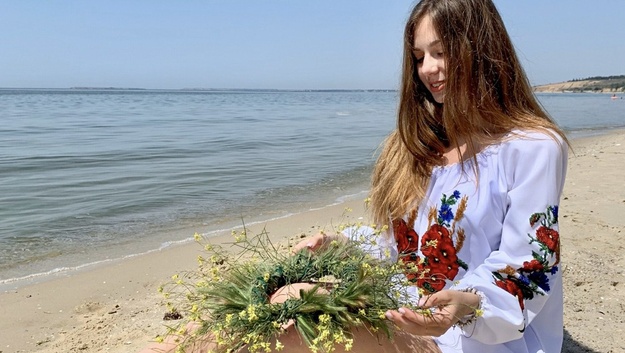 Russian women looking for husbands are very friendly and nice! Do you want get to know their characters better? read more

Many pretty Ukrainian ladies are waiting for the possibility to meet you!

You have all chances to find your pretty woman on Uadreams.com!


New about scams on online dating

Dear Members, welcome to Ukraine - a unique and beautiful land!

Ukraine, as a real woman, invites with its mysteries and attracts those who try to learn her multifeatured character. Travellers from all over the world come here to enter into the spirit of Cossacks, admire unique natural reserves and appraise famous in the whole world dishes of national Ukrainian cuisine. It is a country, where the East joins the West and the sun falls on sleep in the Carpathian mountains and awakes in the Crimean steppes.

Watch these videos and discover Ukraine the way it is - magnificent and unique, modern and fast, cultural pearl of the world.

Ukraine is located in the Eastern Europe at the crossroads between Europe and Asia. Ukraine borders on Romania, Moldova, Hungary, Slovakia, Poland, Belarus and Russia. With the total area of 603,700 sq. km, Ukraine is one of the biggest countries of Europe. Ukraine's population counts 48 000 000 people.

The capital is Kyiv ("Kiev" in Russian transliteration).

The State language is Ukrainian. Many Ukrainians are bilingual and speak Russian as well. Among foreign languages the most popular is English, but it is not possible to guarantee that you would meet lots of Ukrainians speaking English fluently.

The country is subdivided into 24 regions (oblasts) and the autonomous republic Crimea. 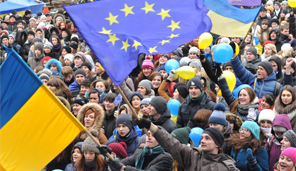 Euromaidan:
What exactly is going on?

We deeply empathize the political events that take place in Ukraine now and would like to help you to follow the recent events. You are welcome to read our article about Euromaidan. You also can read some recent news in English at Kyivpost, Euronews.

If you came to Ukraine, enjoy your time and spend it with benefit! Ukraine has numbers of different activities to entertain yourself during your waiting hours, and you simply have to take this chance! Choose from a plenty of options, and we will help you to organize all your activities.

For all questions concerning organisation and booking of trips please contact member service.

Old Tram. You can make a trip on the tram of the 20-ies of XX century. From the train window you can look at the center and the main streets of the city

Do you know that?... Interesting and fun facts about Ukraine 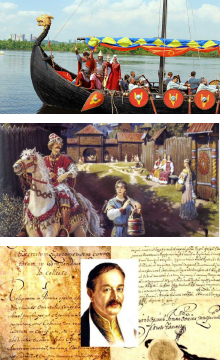 Ukraine after EURO-2012 - a marvellous place for travelling

They were afraid to go to Ukraine, having been dissuaded, frightened with crime revelry and uncomfortable living conditions of a far, backward and wild country. All the fears turned out to be false, and 1.8 mln fans from all over the Europe came at EURO - 2012! Ukraine greeted the guests on the highest level, and for example Dutch fans placed a grateful inscription on the city-board: "Thank you Kharkov!"

Ukrainian ladies are the most beautiful in the world :)

Even the Dutch television broadcasted a commercial about how beautiful Ukrainian ladies are. And they were right ;). One of the Dutch fans told to a Ukrainian journalist: "I would marry all the ladies here!" Perhaps one of them is waiting for you?

The foreigners are enamored of Ukraine!

Foreign fans were delighted by their trip, because: Ukraine was perfectly prepared to the championship technically: new modern airports, roads, excellent stadiums, new transport appeared in the cities. UEFA president Michel Platini told: "Thanks to EURO-2012 Ukraine made a step forward for 30 years". And, as it is known, the championship ends, and the results remain.

Ukrainians were very hospitable and made friends with foreign fans so much, that the holiday passed wonderfully well!

The most warm-hearted friendship appeared between Hollander and Kharkov citizens, who went for the teams of each other till the last munite. Everybody cheered up in the fan zone at the biggest square in Europe - guests and citizens dressed in orange colours drank beer, took pictures with each other, sang sounding "Viva Hollandia!", and somebody has even found here his love.

In the first colourful Dutch march from the fan zone to the stadium (about 5 km) took part only foreign guests. And already in the third marsh thousands of Kharkov citizens joined them!

Other host-cities kept up with Kharkov: the Swedish fans in Kiev swam in Dnieper and sunbathed, learned Ukrainian songs and exclaimed: "Kyiv, we will come back! Ukraine, we love you!". German and Portuguese fans in Lvov enjoyed the beauty of the old city. And the British policemen in Donetsk didn't have anything to do, and they just had a rest in a joyful and friendly atmosphere.

We are proud of our country and invite you to visit us, meet the lady of your dreams, get acquainted with our culture and amazing Ukrainian nature. There are many interesting places there, which we will kindly offer you to visit during your trip.

Are you ready to reserve a trip?

If you have already made up your mind to get one of our trips, please fill out the special form. This will allow us to proceed with arranging a tour agenda and hotel accommodations that will best fit your timetable.

Read more about our trip packages and prices