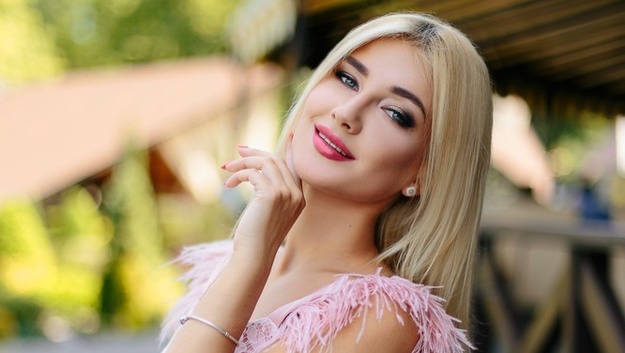 Join for FREE!
Sign in or Join FREE Registration
Ukraine time: 05:05 AM

Let us share with you our top-7 of Ukrainian beautiful sportswomen that are really hot in the next article.

Answering a question why are Ukrainian women so beautiful, we have a strong need to explain that Ukrainians ethnically originated from Slavic peoples. Such an ethnic group settled down on the territories of modern Russia, Ukraine, Belarus and that’s why women from the above countries are similar to each other. Slave women are very beautiful in average; we could confirm it by example of Ukrainian sportswomen.

This incredible woman was born in Kharkiv, Ukraine. She has played tennis as professional player since 1999. Alona isn’t only a pretty woman but a high-level professional; in 2008 she won a really big sport tournament - Australian Open. Magazines “FHM Maxim”, and “Sports Illustrated” decided to ask Alona to be a guest star of the magazine’s cover as good-looking woman and professional player at the same time.

Olga was a member of Ukrainian women’s saber team that won in the 2008 Summer Olympics in Beijing and obtained a silver medal in 2016 in Rio de Janeiro. Olga also had personal bronze medals at the 2012 London Olympic Games and at the 2016 Rio de Janeiro Olympic Games respectively. “XXL Magazine” (a magazine for men that is an analog of USA’s “Maxim”) organized a hot photo session with Olga and her team mates Olha Zhovnir and Olena Khomrova. Such an interesting exposure has helped to arouse interest not only in Ukrainian women’s fencing but in Ukrainian women in general.

Ms Tsurenko is not the biggest and most famous name in Ukrainian and European tennis ranks, but the one of the hottest professional sportswomen in Ukraine. She has not such a high result in the professional ranks; she has only 35th position in national rating. Lesia showed herself to the world of big sport in 2013 at the WTA Premier Brisbane International Tournament. It was her grand chance because of denial of Maria Sharapova to take part in the contest due to her injury. Lesia replaced Maria both in the tournament, and in the ranking of hot women.

Anna Rizatdinova is a talented Ukrainian gymnast, a bronze medalist of the 2016 Rio de Janeiro Olympic Games. This delicate woman is the champion of the World in exercises with a hoop, and the winner of several World and European championships. As an experienced sportswoman she has extremely strong temperament. Anna is in a good shape, but she isn’t following any special diet. Ms Risatdinova likes to have a good lunch and prefers Italian cuisine - lasagna, pizza and pasta.

Daria was born in 2000 in a family of famous judo sportsman. When she was 16, Daria won the title of European champion in judo in the category up to 48 kg. She became the youngest winner of the continental championship in 26 years. In November 2017, Ms Beloded surprised the whole world again, when winning the Grand Prix in judo in the Hague (the Netherlands).

Ms Levchenko, 20 years old, has a lot of official ranks. She is the most famous Ukrainian jumper in height; she is the medalist of the World Cup 2017, the participant of the 2016 Summer Olympic Games. But there is one extra achievement – Yulia was awarded as the most beautiful Ukrainian sportswoman in 2016. Young sportswoman is actively engaged in social networks. Recently Yulia posted a picture where she is laying in a jacuzzi. That picture caused a real sensation among her followers.

Therefore, we could conclude that it’s a fact that Ukrainian sportswomen as well as Ukrainian women in general could be successful in all spheres of life – both in public and in personal. So, if you want to find your special amazing Ukrainian lady - don’t hesitate to contact us and visit our web site UaDreams.com. Just click on “Registration” button - and you’ll have a lot of opportunities to have online dating with beautiful Ukrainian woman. You could use any convenient option for developing your relationship with your Ukrainian lady - to call her or to see her personal video.

Are you dreaming of finding your soul mate among single Ukrainian and Russian ladies but you are at loss how to start? Do not worry, just find her profile in the gallery and say “Hi!” in a mail or chat.

Russian women looking for husbands are very friendly and nice! Do you want get to know their characters better? read more

Useful and interesting tips for travellers to Ukraine - feel home in the foreign country!