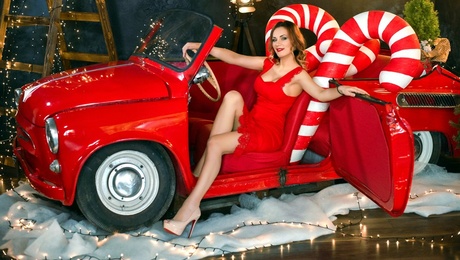 Join for FREE!
Sign in or Join FREE Registration
Ukraine time: 06:21 AM

If we speak about gender, mostly women become victims on a dating websites over the years.

Statistics demonstrate that these ladies are free with sending thousands of dollars for life saving of their “beloved”, they sell houses or take credits just to help sincerely but they never see this money back!

Actually we can distinguish two main options for scam lovers to get the money:

Another way is also possible if a victim cannot send money via international transfer that is why middleman is used. For example he takes money somewhere in USA or any other country and redirects the amount to the destination point. Of course in order to let victims trust usually they are informed that people are working on legal international company.

As a rule dating websites with reputation never advise their members to send money personally. Moreover they recommend secure mail systems just on the website and they warn you not to share personal information till the first meeting in the agency like antiscam policy of UaDreams.com emphasizes.

If you try to use any of dating websites, you should protect yourself by choosing the good one first of all, with good reputation or may be by recommendation of a friend. Then you need to be attentive and never forget about first two issues mentioned above.

Now we would like you to look through one case specifically just to know how it works.

Samantha was about 69 when her husband died. And after 5 years she decided to finish with her loneliness. Dating world seemed unbelievable but attractive at the same time as it was her opportunity to find someone to communicate with, and he may e from any of the countries in the world.

One male member caught her with stealing her heart and money.

We leave the name of the website anonymous and let us tell you about the man. His name was George (we have changed the name but indeed no sense with that as he probably has several names), he was about 65, technician from one German industrial company. He never told about his marital status in profile but as it was clear from his letters, he was widowed. He put drama on his story about her cancer and his nursing his wife until she died. Also he told about the death of his son – car accident. He supported his granddaughter.

His letters were dramatically short with emotions, showing maturity and intelligence. He caused Samantha’s interest by his attention to her with questions and “sincere” support. He used to book the flowers delivery to her home regularly. Afterwards they mailed very often during a day and even had frequent phone conversations. He sent his pictures and talked trustworthy, he shared his work projects with her.

Of course Samantha was happy to heaven! She drowned to that virtual life that seemed so real. She was in love of course, people used to be after so long period of being lonely and due to good attention of a man she likes.

But then our criminal asked for money, that was the first move, started with 15, 000 USD for his first private project and required equipment. Certainly he promised to return all amounts back, he sent the details for his bank account to transfer the money that was 2, 5 million of USD directed to complete all preparations for the project. Meanwhile he promised to come and start their common future. However George’s plans changed suddenly after transferring the money.

That technical equipment he bought had been broken therefore his arrival postponed.

Samantha was raised honest and kind person and she could hardly believe to meet fraudster on the website. Lately she shared such a story with her friend who was really suspicious. She looked through several websites with reviews of desperate women who became victims, and found similar story that Samantha has with her George and his technical project with sun-batteries.

Samantha was chocked and reported the police the next day; she was desperate with her financial situation. She was about to sell her apartment. That was unbelievable, she remembered that the voice she was talking with was the same, she make accept letters written by another persons, but everything was so real.

Her emotional loss was great. We call it “sweetheart scams”.

In such a loving state you forget about logic and we regret to say but such criminals know exactly how to use this position and to play games. They just break heart and empty the wallet.

Having analyzed such reports we see that mainly such international scammers are linked in Eastern Europe and Nigeria. So it would be useful for those one who are registered or just willing about that to read such a story. May be right now someone recognize himself or herself so we really hope that our article will definitely warn you with your plans to find your beloved in such virtual world. Please remember, not every website has a risk to get victims, but you have your head on your shoulders and think. No one is pushing you to step on this and no one is forcing you to send the money to unknown person.

Separate your heart from your head and be happy!

Successful dating with a Ukrainian woman

Now you can see and hear the lady of your choice, as if she were in the same room with you. Experience a preview of a one-on-one meeting with her now!